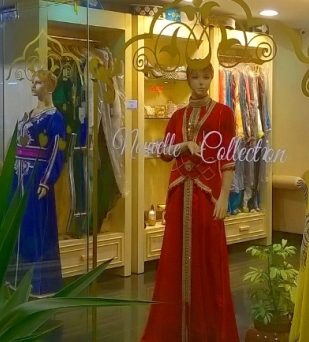 The streets of Tunis are unfinished. Children cross the highway. If you don’t have a lane, make a lane, is common ground. Tunisia is quietly holding their second democratic election in October, the first one was in 2011. Tunesia emerged first in the Arab Spring and inspired many other countries in the region. Mohamed Bouazizi, a street vendor who set himself on fire in 2010, in protest of the harassment inflicted on him by a municipal official, was a human catalyst of change.

Older cultural codes are still present. To ask for the time can be suspiscious, said an energy contracter who lives in Tunis, a remnant of Ben Ali’s government agents, who would strike up conversations about time. Ali is still facing charges of stealing 20 billion dollars of government money, among other crimes, and might face the death penalty.

A swarth of men line up in the cafes of Hammamet, drinking tea, puffing shisha. Motorbikes parked in front of the cafes, in perfect line, idle next to each other. Hammamet is a powerhouse in the world of upcycling. It has it’s fair share of used electronic stores, selling anything from cell phones to loud speakers. Rootsy, simple and solid restaurants. Small fish shops. A fashion collective dubbed “Univers Deco” or “Paris Cadeux.” Open wood working shops, bare bones, who are crafty for the needs of others. Used car parts shop, selling brakes, converters and air coolers. There is an aura of entrepreneurship, hustling and bustling, a creation of business opportunitites out of scratch. Kids playing football on the sidewalk with empty water bottles. People selling plants, sitting on empty cases, chatting. Free wheeling donkeys trott along the side roads. Sheep hanging out in pick up trucks.

I talked French to Tunesian teenagers, who seemed upbeat, positive about their future, laughing in the elevator about an impatient, fellow traveller. Beyond the hotel beaches, I gazed at an abandoned housing project, awash in plastic trash on the beach.  A few seconds later, a stranger approached me with fervor, asked me what I’m looking for and whether I had money. It was the only time I felt at unease.

I can see the beginnings of a new era being literally shaped in Tunisia. Tourism picked up to the same levels where they were in 2010. The new constitution is granting equal rights for women and men. Tunisians are young and well educated. The political future is up for grabs, competing views on what that future should look like. And there is enough coming to terms with one’s past ahead. I hope Tunesia will once again lead the way for the rest of the region. “If we could make it to the morning, we could get things right. Its been a tough go lately, I hate choosing sides. What we do in the darkness, will come to light alright” – Arkells “Come to Light”